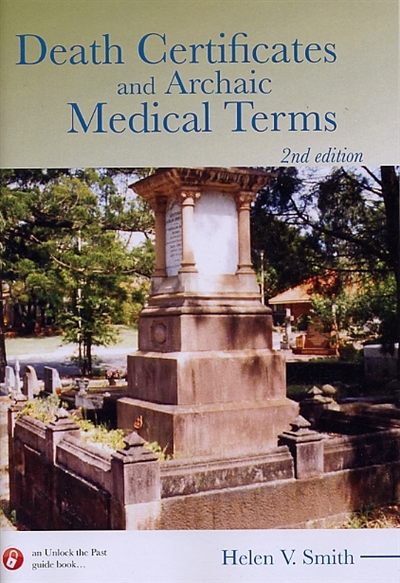 Death certificates are an important document in family research, both to ‘kill off’ our ancestors and to determine their cause of death. This is especially so for people who are interested in establishing their medical genealogy. However at times it seems as though the cause of death is in a foreign language.

‘Death Certificates and Archaic Medical Terms’ examines the history and evolution of death certificates. When did they start? What is on them? What were the legal requirements? What does it mean when a death is certified? Why aren’t all deaths certified?

This second edition has been fully updated and expanded, and is double the size of the first, with hundreds more archaic medical terms included.

2. Getting the most out of the death certificate or ‘buyer beware’

5. Classifications of causes of death

Publisher: Unlock the Past